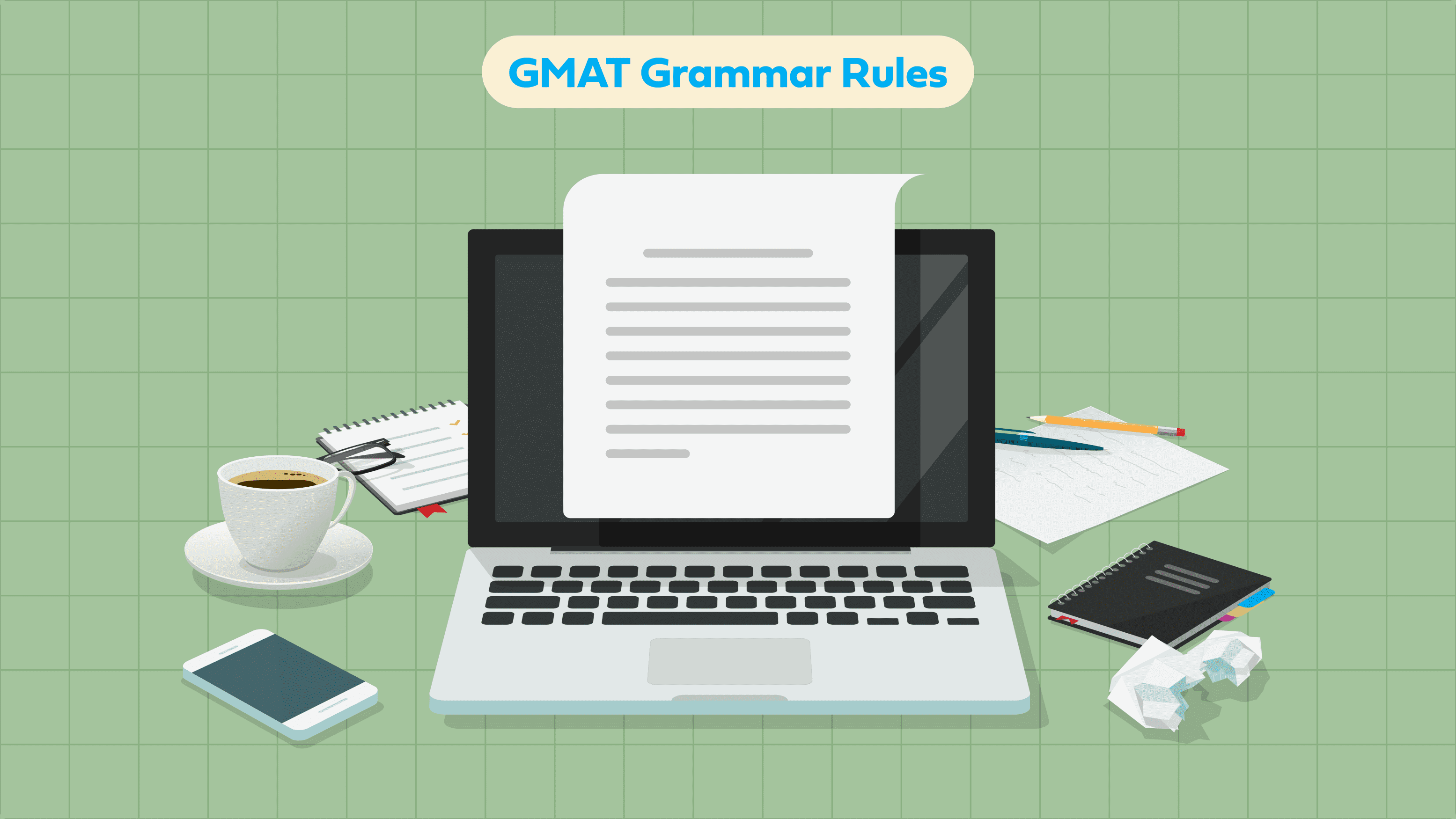 The GMAT Verbal Reasoning section tests how proficient you are with the English language as mentioned. Moreover, it consists of 62 questions that you have to complete within 65 minutes. The Verbal Reasoning is scored between 5 to 61, which increases by one-point increment. The Verbal Reasoning is further divided into three sections — Reading Comprehension, Critical Reasoning and Sentence Correction. However, we will be stressing more on the sentence correction question as this is where your grammar will be tested.

The Sentence Correction section tests your ability to construct a sentence that is grammatically correct. Each question in the sentence correction section will have a part of the sentence underlined, you are required to identify the grammatical error and rectify it with the answer choices provided to you. If you are keen on acing this section, you should be thorough with grammatical usage of certain words and the grammar rules. Let us take a look at the six basic grammar rules that will help you while attempting the sentence correction question.

We will explore some grammatical concepts along with grammar rules.

Gerunds refer to either nouns or verbs that end with -ing. Gerunds tend to make the sentence long and wordy. To avoid that, there are certain rules you need to follow.

The subject-verb agreement refers to the relationship between a subject and verb, wherein they are in agreement. The agreement can be on the basis of number, case, or person. There are very simple rules you have to follow to avoid any errors; the rules are as follows:

A modifier refers to nouns that serve as adjectives and adverbs that help describe objects or people. There is only one rule with the modifier, you need to add the modifier either before or after the noun you choose to describe.

When Does a Faulty Comparison Occur? A faulty comparison occurs when the comparison to a noun or noun phrase is missing. You can avoid making any errors by following these rules:

These are the basic grammatical concepts and grammar rules for the GMAT Verbal section that you have to be familiar with. Once you learn the GMAT grammar rules thoroughly, you can easily spot errors and rectify them quickly.