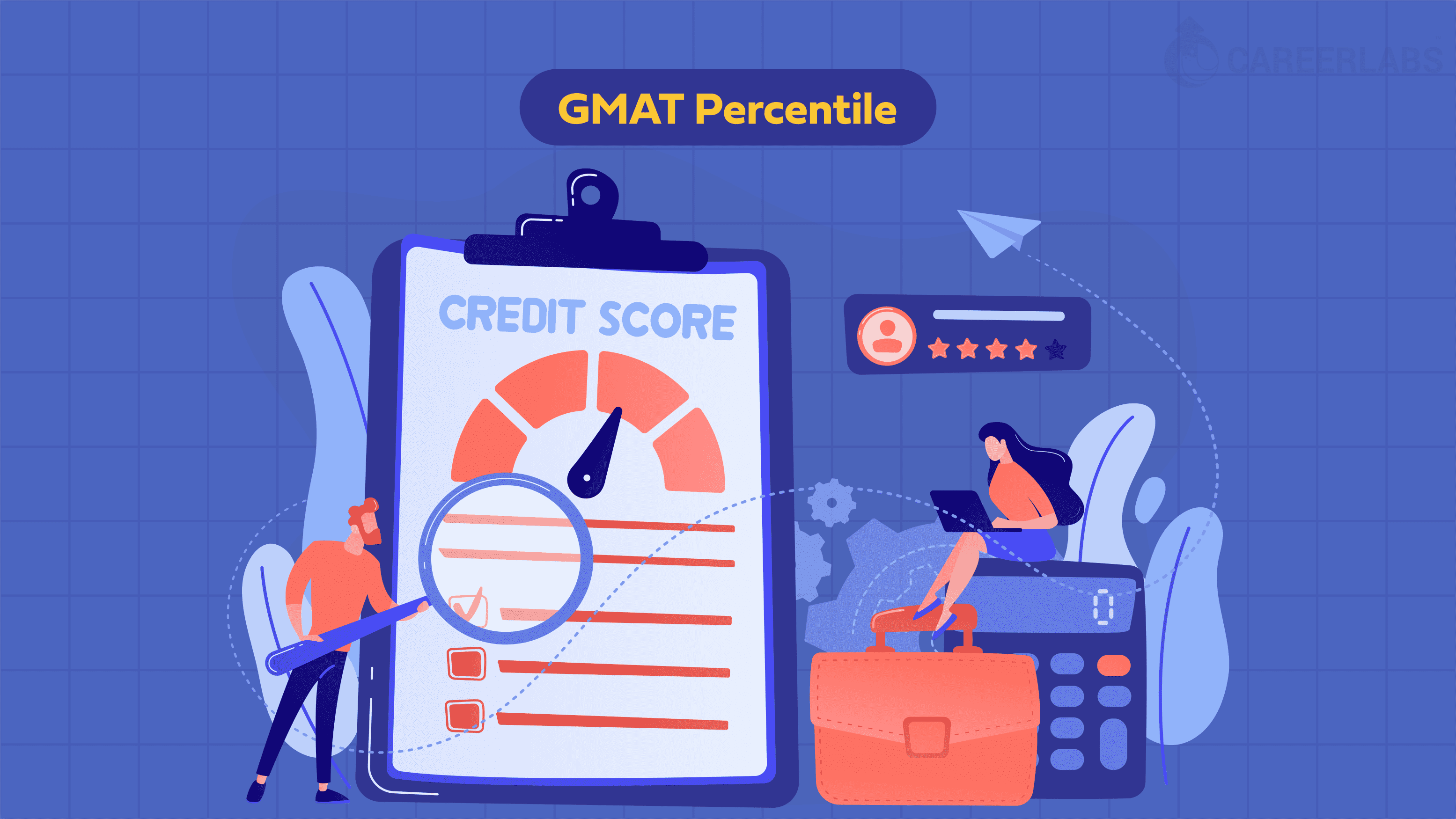 Your percentiles are based on the data of students who have attempted the GMAT over the past three years. The percentiles are recalculated every year during summer. You might also think, why is the score not compared to everyone who has attempted the exam over so many years? Do remember that while the GMAT scores are valid for a period of five years most students send in their applications within a year or two after attempting the exam. Secondly, GMAC (the creators of the GMAT exam) makes changes to the GMAT every few years. Therefore, by providing percentiles from a recent category of test-takers, the admissions committee gets valuable insights on where each score ranks in a group.

Now let us learn a bit more about GMAT Quant percentiles and GMAT Percentile Verbal and what exactly they mean. Your percentile scores may not be an accurate representation of your abilities. The percentiles help to decipher the relative performance between two sections — quant and verbal. It’s important to remember that in some cases your Verbal section score contributes more value and helps to boost your final score.

Below is a detailed GMAT percentile chart depicting both your Quantitative and Verbal scores along with the percentile scores in each section.

Let us understand more about what percentile range you need to be in to secure admissions into top universities. The GMAT score range is between 200-800. It is usually the  GMAT scores which most universities primarily give importance to. However, if you would like your application to be distinct from the remaining applicants, you will need to be in the top pool of test-takers who have a good percentile score. Most of the top 10 B-schools admit candidates who are in the 94th percentile and have scores above 720+.

Let us now look at a GMAT percentile table that could give you a better idea of the scores and the corresponding percentile rankings.

We hope this article has given you a better understanding about GMAT percentiles and how much you should score to be able to secure admissions to the university of your choice. Remember that top schools will require candidates to be in the top 10% percentile (90 percentile and above).