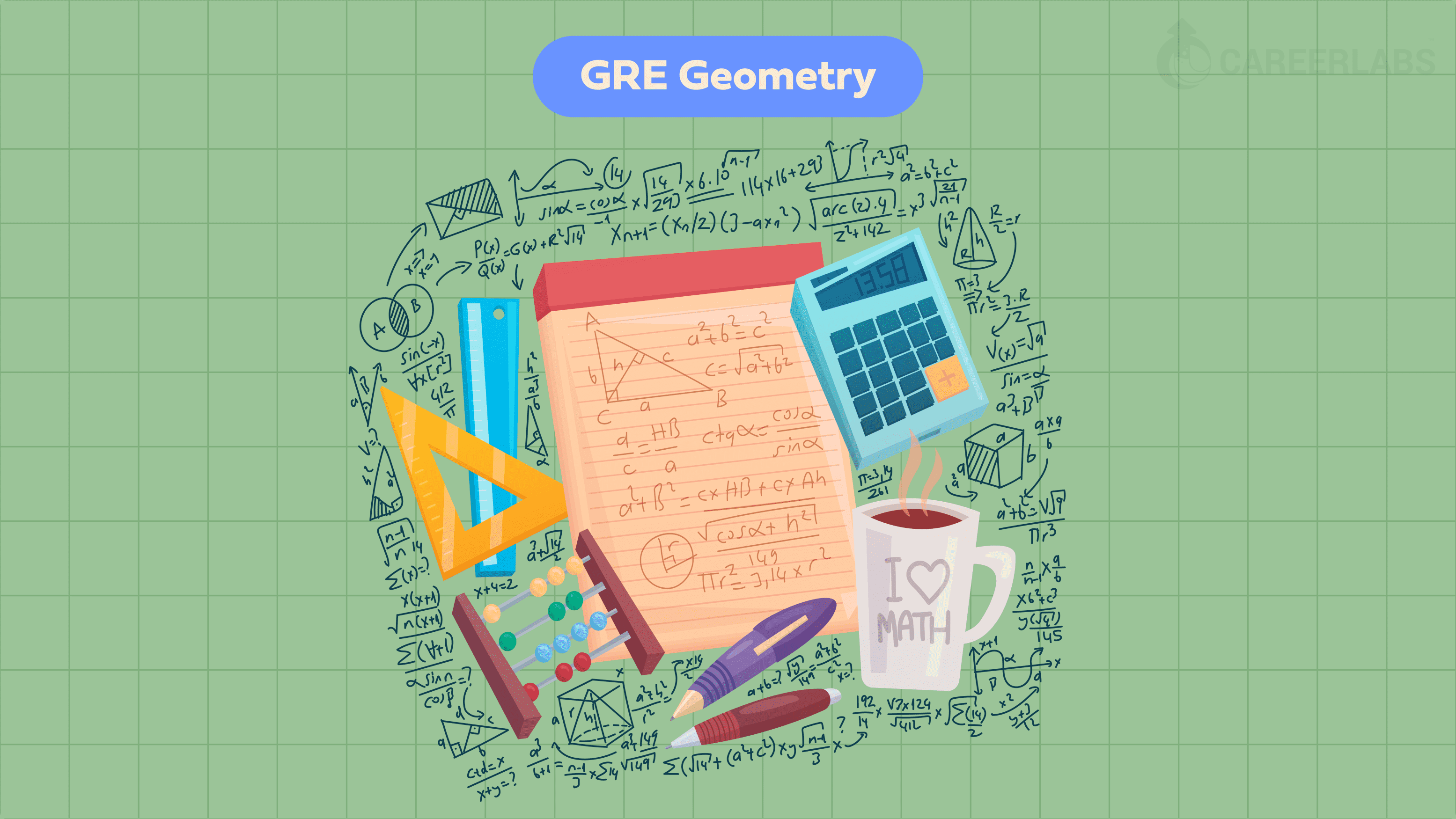 The GRE Geometry topic requires good knowledge of all the concepts, formulas, and properties. It is one of the four major topics (Arithmetic, Algebra, and Data analysis) on which you will be evaluated in the exam. You will need to spend adequate time concentrating on the concepts of geometry.
Let us look at an outline of the GRE geometry syllabus below :
The topics include perpendicular and parallel lines, triangles — including isosceles, equilateral and 30°-60°-90° triangles — congruent and similar figures, other polygons, perimeter, three-dimensional figures, area, volume, circles, quadrilaterals, the Pythagorean theorem, and degree angle measurement.
The GRE geometry questions which you will come across in the exam will be of the following types: Numeric Entry, Multiple Choice questions or Quantitative comparisons.
Some of the important geometry formula are listed below :

A polygon is by definition a closed figure which is formed by three or more line segments called sides. Some examples of polygons are — Pentagon, Triangle and Quadrilateral. If a polygon has n sides, it can be divided into (n-2) triangles. A polygon in which all the sides and all interior angles are congruent is called a regular polygon. The perimeter of a polygon is the sum of the length of its sides, the area of the polygon is the area of the region enclosed by the polygon.

There are three types of triangles — equilateral, isosceles and right.

We trust that this article has helped you understand the basics of the GRE geometry section and the various properties associated with it.

Think you can get that perfect 330+ GRE Score?
Of course you can! Let CareerLabs show you how. Sign up for patented shortcuts and top tips to get that perfect score!
By clicking on start my Prep you agree to our Tearms and Condition & Privacy Policy