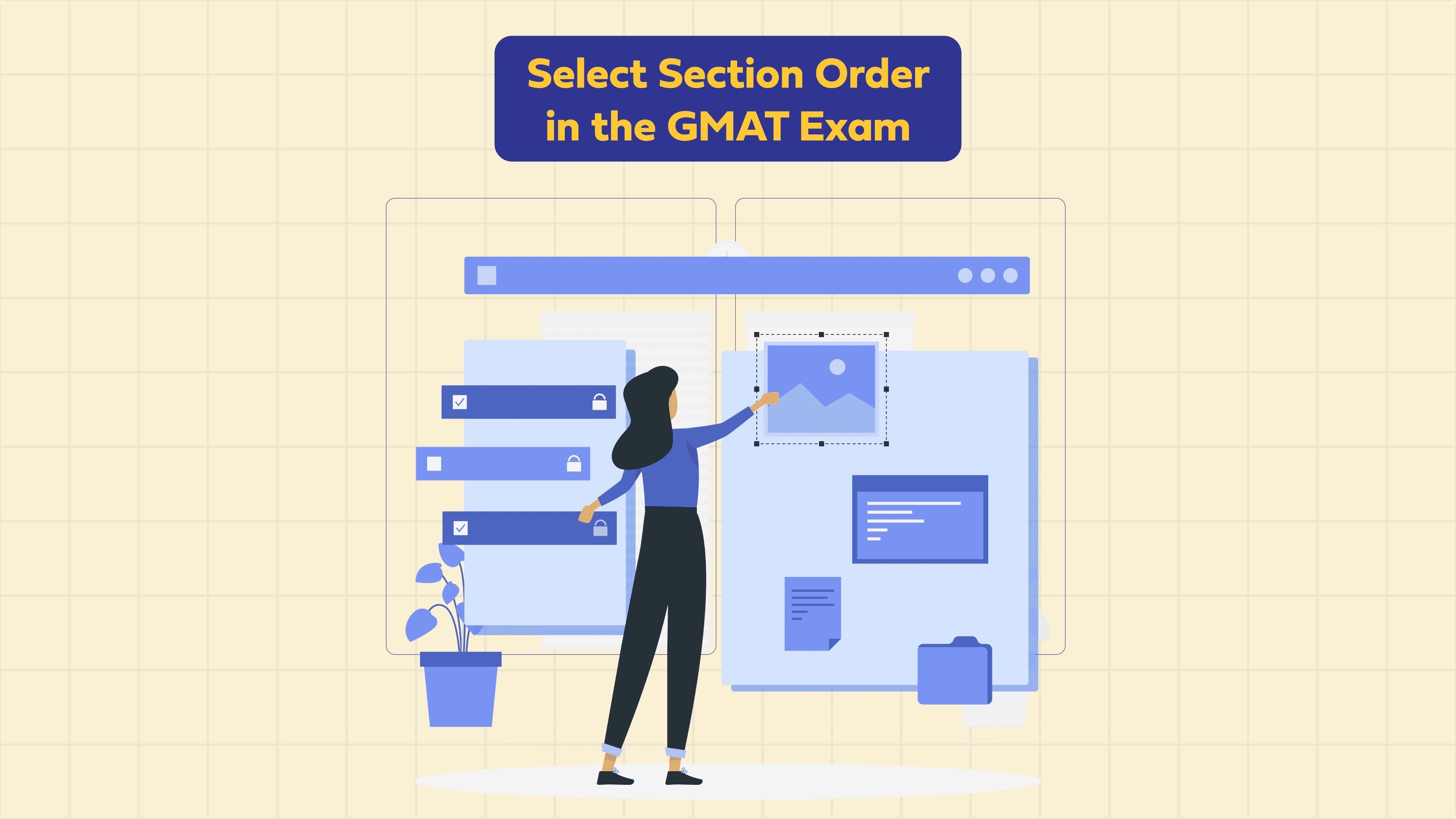 To enhance the GMAT test taking experience, the GMAC provides some useful features to the test-takers. Some of these include select section order and removal of profile update screens at test centres. In this article, we will be talking about these two features in detail, so read on.

You must be well aware that the GMAT exam comprises four sections — Verbal Reasoning, Quantitative Reasoning, Analytical Writing and Integrated Reasoning.  And, since July 2017, GMAC introduced the option to select section order in the GMAT exam. This means that you can attempt the exam in whichever order you want, however, there are three options laid down. These three options are from where you have to choose. They are as follows:

How Select Section Order Was Introduced and How it Helped ?

The VP of Product Management at GMAC had said that the choice to select the order of the sections in the GMAT exam has been requested over the years by many test-takers. Additionally, there has been a pilot study that was conducted in the year 2016 to initially test this feature and it received an overwhelming positive response. The majority of the candidates have confirmed that the new feature helped them immensely to plan their test taking and also that it boosted their confidence even before commencing the exam. Another important discovery was that attempting the exam in different orders of sections maintains the quality and integrity of the GMAT scores of the candidates. They were able to determine which section orders were the most popular among all candidates.

The GMAT exam was initially scheduled with the Analytical Writing section first which was followed by Integrated Reasoning, Quantitative Reasoning and then the Verbal Reasoning section. The new amendments have proven to boost a student’s morale and confidence levels since they are in control of the order in which the sections of the GMAT exam appear. In fact even now, you still have the option to select the previous version of the GMAT exam and the original order of the sections.

Before the GMAT exam commences, you are supposed to fill a series of questions to complete your profile. This includes demographics, undergraduate degree, years of work experience etc. Now however, you don’t have to as GMAC decided to withdraw these screens from the testing monitor. They are nevertheless  still available for you to access and update on mba.com at any time prior to or following the GMAT exam.

Changes Implemented by GMAC Over the Years

To keep up the standards of the GMAT test, GMAC brings about certain changes from time to time. Over the past years, candidates attempting the GMAT test have seen the various changes being implemented. The are: