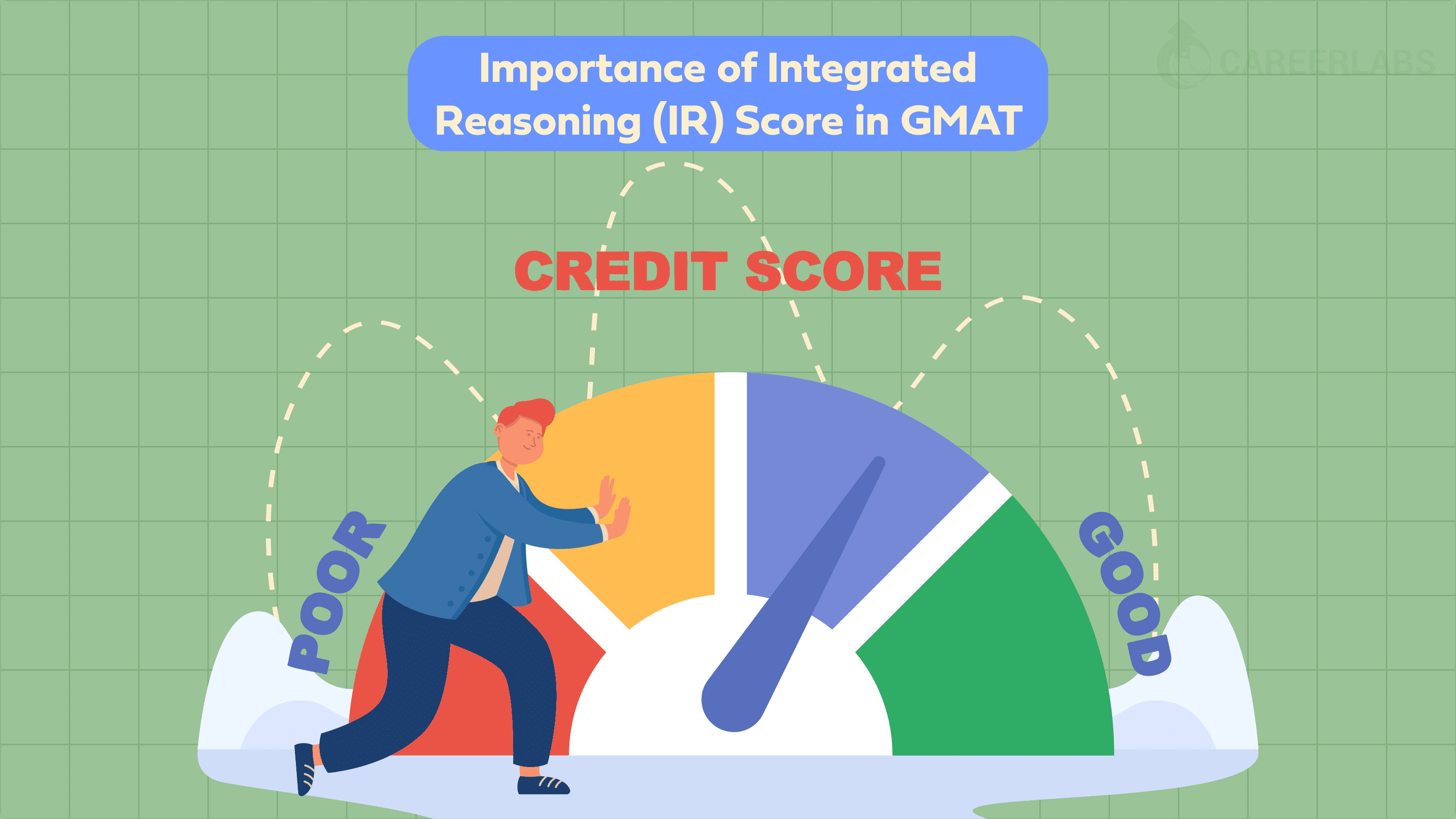 Integrated reasoning scores (IR) scores have caused a great deal of confusion since GMAC introduced the section in June 2012. Does the integrated reasoning section affect admissions? If so, by how much? And why is it important? There were several questions raised and these have been debated endlessly since its introduction. Although a lot can be said about the GMAT Integrated Reasoning score, there are certain factors you should know about the IR section. This article will help you understand how the IR section was introduced and what’s the importance of IR scores in GMAT.

When GMAC announced the GMAT IR section in 2012, a significant number of test-takers took their test early to avoid having to attend the newly introduced IR section. Since GMAT scores are valid for five years, business schools received two kinds of GMAT test results from applicants. While those applicants who took the test before June 2012 did not have the IR scores included, those who took the GMAT after June 2012 had the IR  scores reported, other applicants, on the other hand, who took the GMAT before June 2012 had no IR scores to report. Hence, business schools did not know how to handle this situation and decided to overlook the concern.

However, GMAC has always maintained that Integrated Reasoning (IR) scores are important in measuring a test taker’s ability to evaluate information presented in different formats and from various sources. According to Ashok Sarathy, Vice President for the GMAT program at GMAC, “the GMAT has always been about building an exam that provides the highest value to students by preparing them for the demands of the classroom and the highest value to schools through the exam’s validity. The IR score is designed to be an additional data point to help schools differentiate among the most competitive applicants”.

If a recent survey (October 2015) by a test prep institute is to be believed, then business schools have started to agree with GMAC. This survey found that 59% of the admission officials at more than 200 business schools in the U.S. and the United Kingdom say that an applicant’s separate score on the IR section is an important part of their evaluation, increasing 18 % points from last year! Only a year ago, just 41% of the admission officers said an IR score was important, and three years ago, only 22% believed that GMAT Integrated Reasoning (IR) would ever become important.

The IR section has four question types — table analysis, graphics interpretation, multi-source reasoning and two-part analysis that is scored on a scale of 1-8. So what is a good IR score in GMAT you might wonder. According to GMAC, an average GMAT test-taker scores 4.3 on the IR section. While a score of 7.0 is considered the 81st percentile, a score of 8 is said to be around the 92nd percentile.

But just how important is the IR score?

Integrated Reasoning and Its Importance

In general, business schools give overall weightage to the final GMAT scores and also have minimum expected scores for both the quant and verbal sections. However, the IR score can tip the scale either way. If you have a strong Quant background, you’re likely to do well in that section. In that case, a good IR score is just additional validation of your Quant prowess. Furthermore, an IR score below average may be a red flag and might impact your application.

On the other hand, if you have a strong non-quantitative background, for instance, a graduate degree in literature, media, medicines, or law, you may find quantitative reasoning a bit tough. But strong IR scores will show that you’re not afraid of numbers and data-based analysis. This could work in your favour. In any case, Integrated Reasoning (IR) will continue to grow in importance as more and more candidates start reporting it in their GMAT scorecards. So, give this section your best shot!

All in all, preparing well for the IR section and improving your scores can play a crucial role in your admission process. Now that you know the importance of the IR scores in GMAT, you’re better positioned to prepare for it.