Home » Free GMAT Prep » How Many Times Should You Take GMAT Exam?

How Many Times Should You Take GMAT Exam? 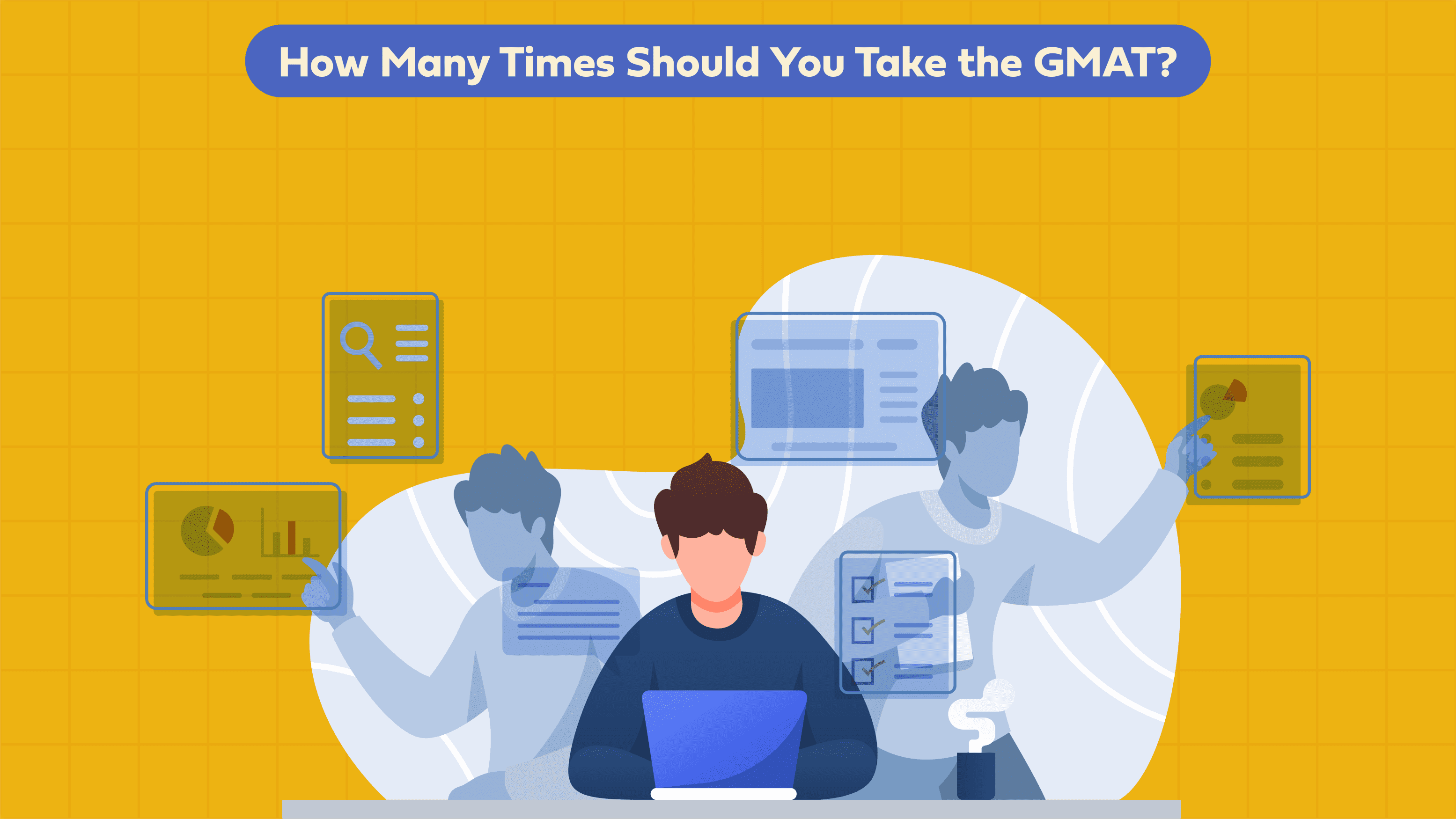 A common question asked by many MBA aspirants is “how many times should I take the GMAT test?” Well, if you are looking to find out the answer to this question, then you are in the right place. Through the course of this article, we will tell you how many times and when you can retake the GMAT exam. But before that, let’s give you a brief idea of the GMAT exam.

The GMAT is usually taken by those who are keen on pursuing an MBA. A large number of the test-takers are working professionals with tight schedules and deadlines. Keeping this in mind, the Graduate Management Admissions Council (GMAC) offers the GMAT all through the year at over 140 test centers in India alone.

The GMAT allows aspirants to retake the test after 16 days from the date they have appeared for the test. In a year, you can retake the exam about five times. However, you are only allowed to retake the GMAT about eight times in your entire lifetime.

Now let us explore various scenarios to help you understand when you can retake the GMAT in detail.

How Many Times Should I Take the GMAT?

We have listed about three scenarios below to help you understand when to retake the GMAT and how many times you should take the GMAT. So read on!

Scenario 1: When You Have Taken the GMAT Only Once

If you have secured an average score and if it is accepted by your preferred college, then retaking the GMAT is not your main concern. However, you can retake the GMAT if the following scenarios pan out:

More so, if you’re aiming to pursue an MBA program at the top business schools and are confident that you can improve your score by at least 20 points, then you should consider retaking the GMAT exam.

Scenario 2: When You Have Taken the GMAT Twice

Let us consider a scenario where you have taken the GMAT twice already and there hasn’t been any significant improvement in your scores. In such a case, think twice before retaking the GMAT test for the third time. You should also remember that you can attempt the GMAT only five times within a year. Another thing you have to consider is that your GMAT scores alone will not get you into your preferred university. GMAT scores happen to be only one of the many necessary requirements set by most universities. So, evaluate and analyse your performance in the GMAT, before you go through the entire process of registering and retaking the exam. Remember it’s also an expensive procedure.

What can you do instead? You can spend time improving other documents such as your Statement of Purpose (SOP) and Letters of Recommendation (LORs).

The SOP showcases your aspirations and your motivation behind choosing a particular specialisation for your MBA and why you choose to do so. A well-drafted SOP increases your chances of getting admitted into the university of your choice. An excellent SOP can even make you eligible for a scholarship.

The LOR is a recommendation letter from either a professor at the university you have studied under or from managers you have previously worked with. If the LOR is drafted by influential individuals, such as a senior professor, the Head of Department (HOD) or even a senior manager, it can draw attention to your application. Focusing on creating an exceptional application will get you into your preferred university.

Scenario 3: When You Want a Higher Score

If you are keen on getting into top universities, it is recommended that you score 700 or above on the GMAT. In a scenario wherein you are unable to achieve a target of 700+ even in the second attempt, then you should work hard to improve your scores. The most efficient and effective way to increase the GMAT score is to read the GMAT official Guide thoroughly and take as many mock tests as possible. Mock tests enhance your preparation process by helping you to tackle the computer-adaptive nature of the GMAT. Do not hesitate in seeking help from all the sources available. If you are struggling to improve your GMAT score, you can also seek professional guidance if required.

Last but not the least, taking the GMAT is an expensive affair, so prepare efficiently so that you can achieve your targeted score within the first attempt or by the second attempt. After the second attempt, if there is no significant improvement in your performance it is not pragmatic for you to spend on taking the third GMAT test. However, the decision is always up to you and what’s good for you.