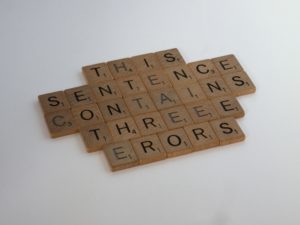 Besides testing your critical thinking and analytical writing skills, the verbal section of the GMAT exam tests your proficiency in the English language. Hence, you need to be thorough with many english grammar topics, one of them being modifiers. In this article, we will talk all about GMAT sentence correction modifiers and also give you some examples to help you understand them better.

Modifiers generally appear in the sentence correction questions of the GMAT exam. You will have to first identify the type of modifier being used in the sentence and then proceed to correct the sentence. So, what are modifiers? Modifiers are words or phrases that modify an element. Modifiers can be adjectives, adverbs, adjective or adverb clauses, infinitive, participle or prepositional phrases.

Most of the GMAT sentence correction modifiers questions are based on noun modifiers. This is because verb modifiers have lesser rules and they can usually be placed in any sentence with a bit more freedom.

Examples – The poor little boy who just wanted a meal jumped to pick a plate as a spider appeared out of the stack of plates.

Adverb clause: as a spider appeared out of the stack of plates

A modifier is an absolute necessity in the language and aids in adding information to a sentence. They can change/modify the semantics of a statement when used. An important rule for using modifiers is as follows: a noun modifier must be placed adjacent to (next to) the noun that it modifies.

Here are a few examples of modifiers:

Phrase/Clause: I caught a fish bigger than 2 feet. When alone, I like to read.

Now, what are the usual errors one makes with modifiers?

What is the difference between the 2 sentences? They are grammatically right but they mean very different things. The first one does not sound logical at all.

Example – The pair of dogs belonged to the old ladies, just drinking tea all day on the deck and tanning themselves.

Here again, there is ambiguity. You don’t know whether it’s the dogs or the old ladies who are drinking tea and tanning themselves.

Example – Unlike most other political leaders, he resists the temptation to hoard money, which makes him a remarkable global figure.

What does which refer to here? There is no antecedent. And that is a problem because a pronoun must have an antecedent whatsoever. This is a modifier that does not make sense although we use this construct very often when we speak.

Example – My friend Justin runs this successful business who has great business acumen.

This again is a case of a misplaced modifier. It should ideally read, “My friend Justin who has great business acumen runs this successful business”.

Some of the other common errors associated with GMAT modifiers sentence correction questions are:

These are a few examples to help you understand what modifiers are and what errors people generally make when writing sentences.

In conclusion, we suggest that you should be thorough with the kind of questions asked in your GMAT Verbal section.  If you need any guidance, then you can enrol into CareerLabs and we will be glad to help you in your GMAT preparation journey.