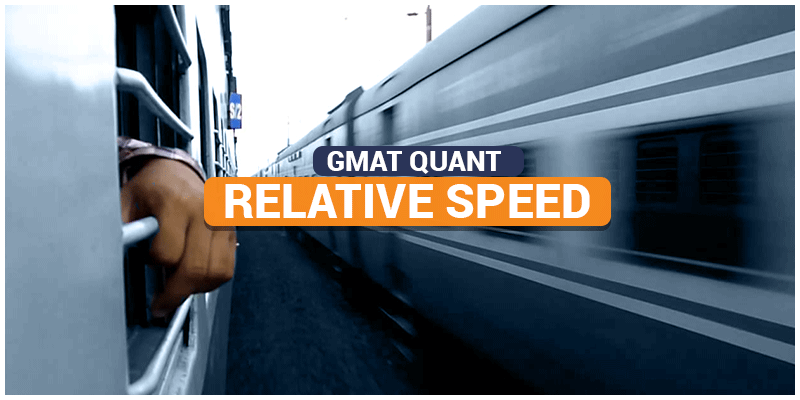 In the GMAT quant section, relative speed questions are quite common. So it’s important that you practice these questions thoroughly. These are questions you must have answered in your high school, so all you would need to do is go back, revise the basics once again, practice as many questions and you are ready. In this article, we’ll understand a bit about  relative speed and look at a few examples as well.