The GMAT Critical Reasoning tests your ability to evaluate arguments by examining the logic the argument is based on. The questions in this section are based on a very short passage, less than 100 words. These short passages are based on general topics and you do not need any external knowledge of the topic to answer these questions. However, you need to know how to logically analyse and evaluate the arguments in the passage to answer the questions.

Now,let’s look at what deductive and inductive reasoning is.

Unlike deductive reasoning, inductive reasoning refers to when you draw a general conclusion from specific facts or assumptions given in an argument. For example, “ Radha pulled out a coin from her bag and it turned out to be a rupee”. From this information, we can assume the bag contains only one rupee coin or we can also assume that one of the coins in the bag is a one-rupee coin. While we have a specific fact from the argument, information on what the bag itself contains is missing. Hence, answering an inductive reasoning question will require you to use probability and give it your best guess as complete information will not be provided to you.

Differences between Deductive and Inductive Reasoning

The differences between deductive and inductive reasoning are as follows:

Here is an example of the ‘strengthen an argument’ question:

Which of the following, if true, would best strengthen the argument above?

A: Children who consume excess sugar are more likely than others to maintain that habit as an adult.

D: A separate study, by a renowned graduate school, found that when parents prohibited their children from consuming more than 50 grams of sugar each week, the children’s reading scores increased rapidly and significantly and stayed high indefinitely.

E: The carbonated beverages that children, aged 7 – 13 drink, are most likely to have large quantities of sugar, much more than the recommended daily amounts.

Explanation: The argument states that children in the study who consumed more than 200 grams of sugar each week were more likely to perform poorly in school. Hence, they concluded that sugar consumption must be limited to under 200 grams each week for children of the age of Answer3. The fact that this is based on a study, brings suspicion on the representativeness of the sample used. We do not know whether the study is properly accounted for by the different demographics and backgrounds of the children in the country.

Option A depicts that they maintain the habit as adults have no bearing on the argument. Option B depicts that they did poorly on physical fitness, while a sign of detrimental effect, still doesn’t help bridge the link between the results of the sample and performance in school for all children. Option C correctly addresses the gap in logic and helps indicate that the study represents the general population. If the study was focused on low-income groups only, then the results might not be reliable as these groups might not consume high amounts of sugar and would yet perform badly in school. The reason for both could be socio-economic factors rather than sugar being the cause for bad school performance. Option D indicates that less than 50 grams of sugar are out of context. This again could be a result of other factors such as social or affluence. Finally, option E just indicates that carbonated beverages have high levels of sugar and does not address the gap in the argument.

Here is an example of the ‘weaken the argument’ question:

A cross-sectional study of 8000 people conducted in central Asia found that participants who regularly consume high doses of vitamin K supplements had a significantly lower than average risk of haemophilia, a severe blood clotting disorder in which the body fails to produce enough platelets to effectively clot bleeding. This unambiguously shows that people who take vitamin K supplements tend to live healthier than average.

Which one of the following, if true, would most weaken the argument in the newspaper article?

A: The reduction in risk of haemophilia due to the consumption of vitamin K is no greater than the reduction due to certain other dietary changes.

B: Taking both vitamin K supplements and vitamin E supplements lowers one’s risk of haemophilia far more than does taking either one alone.

Explanation: The argument concludes that people who take vitamin K supplements tend to live healthier lives. This is based on a study on 8000 people and the fact that taking large doses of vitamin K helped reduce the risk of haemophilia. The gap here is that lowering the risk of haemophilia is not the same as having a healthier life. There might be other ill effects associated with taking vitamin K supplements that might make it less likely to lead to a healthier life.

Option A indicates that ‘other dietary changes’ is out of scope, we aren’t bothered about haemophilia anymore either, we need to weaken the link between a lower rate of haemophilia and being more healthy.  Option B indicates that taking vitamin E as well as K supplement is more effective, does not relate to ‘healthy’ or the efficacy of vitamin K leading to a healthier life. Option C correctly states the side-effect of taking vitamin K supplements. This could lead to a less healthy life as opposed to not taking this supplement at all. Option D indicates a benefit and not a demerit of the supplement. Hence, you should eliminate this answer choice. Option E indicates that Vitamin K has a ‘different’ effect on your body. Different doesn’t mean worse, so you should eliminate this choice as well.

Here is an example of an inference based question:

The total market value of real estate in Miami has decreased over the past four years. This decline has meant that the overall figure on which the city’s property tax is based—the assessed value of that real estate—has also declined. Moreover, the percentage of assessed value that was paid as property taxes to the city did not change during this period.

The information above most strongly supports which of the following?

We hope now you understood the GMAT Critical Reasoning: deductive and inductive reasoning question types. All you need to do now is practice and prepare well. 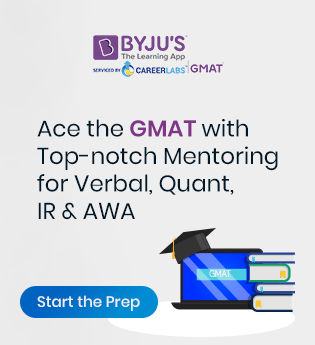